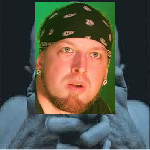 Hi, welcome to Dan-Ball Wiki! Thanks for your edit to the "Talk:Powder Game" page.

(Please note: This is an automated message.)

Poisonshot is talking about Category:Powder Game community. I want that category nuked, but Poisonshot is protecting it for some reason. Whatever that reason may be, I am not sure. If you don't know whose side to choose, see Category talk:Powder Game community|the respective category's talk page. It has both of our arguments... I think. Waddle D33 21:00, February 27, 2011 (UTC)

One of my unsecary crimes

I looked up the history and I found you had edited my talk page with things like "DISGREGARD THAT" and etc.... Err....Any reason why? Just curious, because my chat isn't letting me know of it.

Ehh, it just never showed me I got a message when you did it. Oh well. Just wonderin' :P

The icon promise that he never got smaller.

Add a warning about not seeing fan-art and not uploading pictures for speddos because he could make a crime photo. Sky Hawks 02:56, March 11, 2011 (UTC)

Look at his picture on fan-art he says he thinks everyone sucks too especially Happyman2341 and I had enough with Speddos.Sky Hawks 04:31, March 12, 2011 (UTC)

Yup. The idiot wants me to say my hospital isn't official (In case you're having trouble understanding him). I blatantly refused him, naturally, and gave him a respone he probably wasn't expecting.
Oh, and Ludicrine helped too.

You can make one.You have the permission.

And no, I founded the better than better solution!

They is very not weak.This is a megaboss, the 2nd enemy with the most life, and one of the hardest enemy.

He is the reason Ludicrine gave himself the Self Ban. Poisonshot is still unable to be talked too, and he's continuing to be completely ignorant of any and all problems he is causing. As a result, Ludicrine left because of it. No one likes him now. Good.
DMSwordsmaster- Al la fin to the max

I think he's a little better then speddos. Maybe. At least he's trying to make up for himself.
DMSwordsmaster- Al la fin to the max

Yea, we could really use help moving all the images there. There's a plenty of them X_x
DMSwordsmaster- Al la fin to the max

Thanks for reminding me,or i may add on to 10 more page today

Hello Waddle D33, you might know me as the 'other' admin. Yes, the one that's never active. I've read your request on me2's talk page and I agree wholeheartedly. In the past year I've become extremely busy in real life and have almost no time to spend on this wiki, which you can probably understand. I've been looking for an admin since the beginning of that inactive year in the very few times I could actually look into things here and edit maybe this page or that page.

Uh.. y you say i calm down? its ok to block or ban me, but i will get ideas and post there, so I need to post ideas,

pls let me only edit on that idea pages,

As you might know, DMS decided to ban me. This is because I renamed him, which I did because he did the same to me (and to test that big red button). I said "I GET THE LAST LAUGH. BITCH. This isn't really worth arguing against. OH. AND TROLLAND IS DEAD. F/CK YOU. What have they done you? YOU DON'T GET A F/CKING CHOICE WHETHER OR NOT YOU WANT TO BE NAMED CAAGR98. It seems I have a choice, and I had that choice when I registered on Wikia. AND YOU SURE AS HELL DON'T GET THE F/CKING RIGHT TO RENAME ME. Maybe not, but what right do you have to rename me? 1 MONTH BLOCK. That seems true, unless someone gets to his senses and start thinking about what you have done. PLUS, ALL OF YOUR PETS HAVE BEEN CONFISCATED. Then why aren't your pets in the adoption center? What have you done better than me? Why are you admin at all? What have you even made better than Poisonshi... Poisonshot, except SPG?", which he didn't find any errors in, so he removed it all and made sure I couldn't do it again (which is just what I'm doing), along with tripling my ban time. He also said "Only admins can change names" which I found wrong. Could you please question his adminship, along with my ban? If I should be banned for three month, why not ban him for a year, as he's done the exact same crimes multiple times, and in other ways made the wiki unfriendly? (And DMS, if you remove this, I will revert. Your evil powers cannot help you here.)   ~Caagr98~ Talk PageContributions 14:21, August 22, 2011 (UTC)

I'm pretty sure the reason for this "Kerfuffle" was about your lack of "humor". Why couldn't you just get around your name being Caagr?? I mean, if there was another user whose name is "Caagr", we would call you Caagr98. But since you're THAT sensitive just about your "Wiki"name, makes this conversation simply just a joke. This is the LEET world, where shortcuts and humor are nowhere but, so we can ignore the "98" part and use the shortened term, and it won't change ANYTHING, since there is no "User:Caagr" in any Wiki (Unless there is, but not associated in DB/FB Wikis). I know that DMS has ticked you off by just changing your user pages to "Caagr" to learn your lesson, but his attitude was way up high, causing a what-seems-to-be cyber-bullying. But changing DMS' user pages' name as an act of "revenge" simply was a bad idea, since revenge never solves problems. If your humor wasn't THAT clogged and would've understand that NUMBERS DON'T MATTER, none of THIS would have happened.

That "revenge" was mostly a test. I could... accept... being called Caagr... But DMS seriously overreacted. And I would only accept it if I get my pets back (except those already adopted, we can't force anyone, I have a heart), and I won't like it. And I won't accept it if no one unban me. But I'm seriously wondering. What have DMS done to be an admin that Poisonshot haven't, except SPG?   ~Caagr98~ Talk PageContributions 17:50, August 22, 2011 (UTC)

I'm not very sure about saying this, but I guess that DMS "knows" that PS would simply fail, due to his "over-sketched" ideas (such as senselessness (see pop battle in the arena), and possibly misunderstanding one's lower-ranked-than-him users (PS' language when spoken as an admin to a regular user)). These are simply what I think, in addition to the "empathy" part, it would simply turn into "wrath" and "grief" when used more then many times socially accepted. I would unblock you, but he'll simply block you again unless he apologizes. [§]HankGuideDude[69] 18:09, August 22, 2011 (UTC)

He is pretty one the few pepoles which started that fan-art craze (along with LD and ZX). Thats why he is an admin. But even me too i'm a bit annoyed by him sometimes, he sometimes makes bad use of his admin powers. Samuel17 18:30, August 22, 2011 (UTC)

If an admin misuses their powers, shouldn't their adminship be questioned and/or removed?   ~Caagr98~ Talk PageContributions 18:47, August 22, 2011 (UTC)

I'll say, DMS is one of the worst admins I've ever seen. Look here. That probably just shows how insensitive he can be. Also look here. A past discussion involving DMS' reactions to Poisonshot. mildlyridiculous TalkContribs 00:48, August 23, 2011 (UTC)

I miss two days, so of course I miss everything... Anyway I need to get this straight:

(Directed to anyone:) Since the only bureaucrat on Fan-Ball is ZX, the only other options I see is talking to DMS on this wiki, which is not an option either, so Special:Contact is the best and only option. Anybody who feels that DMS has been abusing his few extra buttons can just leave a message, however long you want it with descriptions and links to the crimes. Unbanning Caagr98 will simply result in another ban, possibly longer.

(Directed at Caagr98:) I was really wondering about this for a while, as I'm sure everyone else is, but why do you insist on being called Caagr98? I know some people get angry when their names are spelled wrong and stuff, and I will respect your wish to be called Caagr98... but I'm just curious why you want the "98" part of your username.

(P.S. "Only admins can change names." Yes and no. Even anons can rename other users, but they have to do it manually. This argument is invalid.)

Well, I dislike people spelling wrong on my username, or at least that they do so, not always the ones who do so. And I count that as "misspelling". But I'm fine with C98, as that means it's completely obvious if it's a typo or an acronym. And "something happens" is LD enabling me to edit my own talk and me saying the message I started this discussion with, which DMS didn't find any errors in, so he removed it all and made sure I couldn't do it again, which I'm doing right now.   ~Caagr98~ Talk PageContributions 14:49, August 23, 2011 (UTC)

An admin, DMSwordsmaster, disliked that I didn't like people calling me Caagr. So he renamed me to that (User:Caagr). I changed it back, and renamed him to DMSwordsmister. http://en.wikipedia.org/wiki/Wikipedia:Don%27t_stuff_beans_up_your_nose He banned me for a month. Another admin, Ludicrine, allowed me to change my own talk, but when I complained on DMS, he didn't find any errors, removed my ability to edit my own talk, and tripled my ban time. I complained to another admin, Waddle D33, on Dan-Ball wiki, and everyone told me to go to "Special:Contact". I accept being called C98.

Yeah, this discussion is pretty much history by now, but I'll contribute to the history.

Thank you for contacting Wikia. I'm sorry you're having this experience. One of the great things about Wikia is that our wikis are maintained by their members, and each can be managed differently depending on the preferences of the admins. The downside of this freedom of community, however, is that Wikia staff members do not intervene in most user disputes.

It sounds like your choices are to either compromise and try to get along with this admin in the future, or to focus your efforts on another wiki where your contributions are more appreciated. I hope you find the solution you need. Thanks for being part of Wikia.

Wow, he actually told you to move to another wiki? *Headdesk* I've always held Wikia staff members in the highest regard. Since I can't email Zoshi, he can only be convinced on his talk page. I feel so helpless. :|

So, W (HERE'S YOUR FUCKING SPACE) D33, if you don't like that fail troll, just block him. He deserves it. ~DMSwordsmaster

Anything you can do about this:

I'd wanted to mark at with the delete template, but there's no option for that. WHERE FLAG BUTTON? mildlyridiculous TalkContribs 00:36, October 13, 2011 (UTC)

Who is this? If I apologize, will he go away? There is some stuff I want to work on over here.

Mathgenius, this has nothing to do with you. mildlyridiculous TalkContribs 17:09, February 5, 2012 (UTC)

Retrieved from "https://danball.fandom.com/wiki/User_talk:Waddle_D33?oldid=99394"
Community content is available under CC-BY-SA unless otherwise noted.