Fan art is an artistic representation of fictional content, generally based off of an existing creation, such as a video game, movie, or book. In the case of Dan-Ball games, fan art may take the form of images, videos or uploads in games such as Powder Game and Powder Game 2 showing fictional content and features. As they are currently the most popular Dan-Ball games, fan art is most commonly created for Powder Game, Powder Game 2, Stick Ranger, and occasionally Earth Editor.

Since certain Dan-Ball games are updated on a regularly basis, many players of these games will attempt to make predictions for the features included in future updates. However, many players simply create ideas, many of which may be too extreme to ever be implemented, for the enjoyment of themselves and others. For both these reasons, fan art is highly plentiful among the more popular games such as Powder Game and Stick Ranger. Initially, fan art was fairly rare among the Dan-Ball community. However, as more users began to play the Dan-Ball games, the idea of fan art spread among them, slowly becoming more popular as many users wished to showcase their ideas for the corresponding game.

Fan-art has become quite popular among Dan-Ball users. Originally, fan art was simply posted for others to see within the Dan-Ball wiki itself, among other locations. However, as the popularity of fan art grew, the Fan-Ball wiki was created. The Fan-Ball wiki is a website entirely dedicated to the creation and sharing of Dan-Ball related fan art.

Fan art for Stick Ranger is usually done with simple image programs, as the game does not contain very complex graphics. Much of the fan-art done for Stick Ranger is of a parodical nature, and can be made to include certain themes, such as science fiction. Typical fan art includes:

Fictional stage "City 17"
Add a photo to this gallery

In contrast to Stick Ranger, Powder Game fan art is usually done within the game itself to be posted in an upload. This fan art is usually done by using pixel art. One of the most common types of Powder Game fan art are idea uploads, which often contain menu extensions. However, like Stick Ranger, fan art can also be created through the use of an image program. 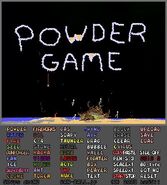 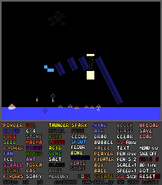 Ditto
Add a photo to this gallery

Earth Editor currently has no upload functions, meaning fan art cannot be uploaded to the game as is the case with Powder Game. However, it is still being created and generally shared among external websites such as the Dan-Ball Forum.

Retrieved from "https://danball.fandom.com/wiki/Fan_art?oldid=101979"
Community content is available under CC-BY-SA unless otherwise noted.